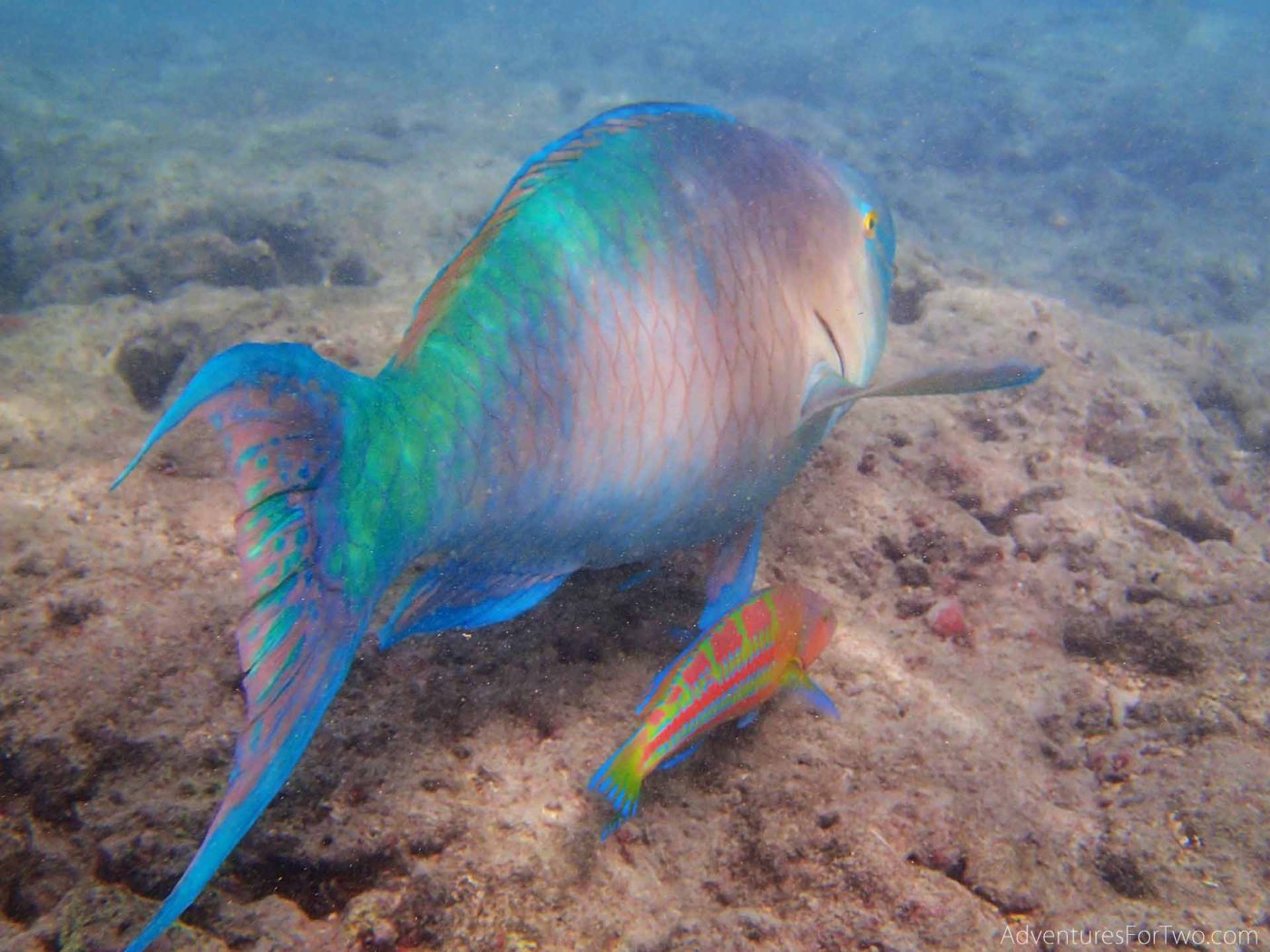 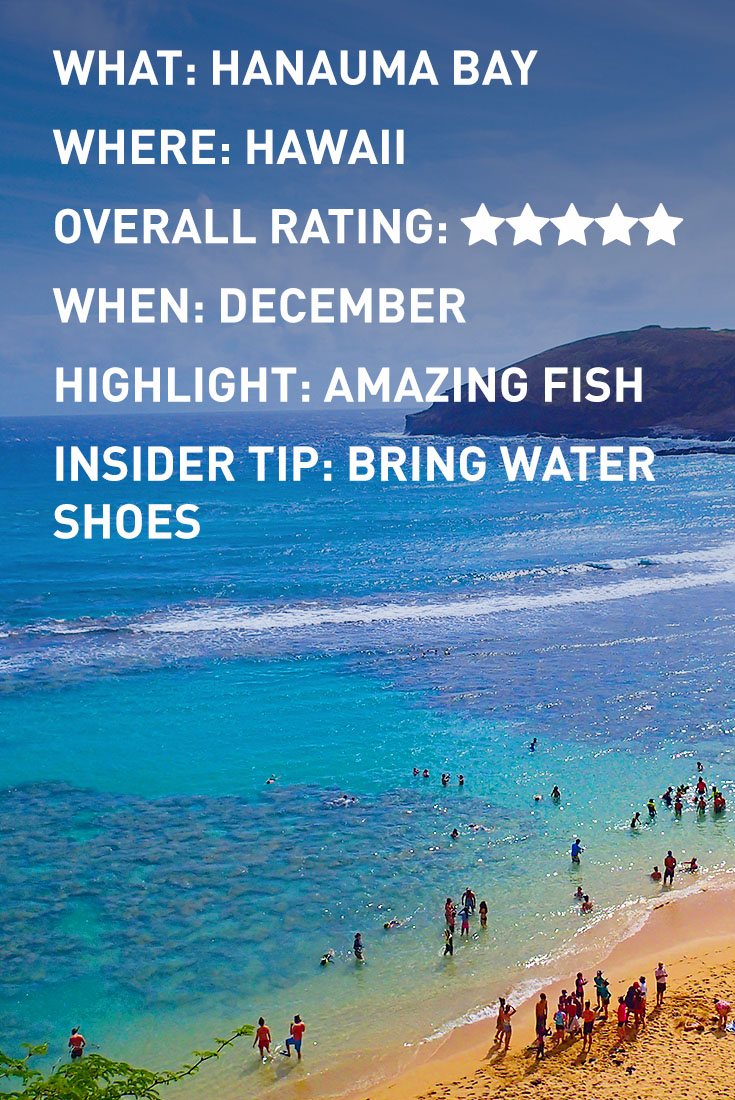 Hanauma Bay: an absolute must for snorkel fans as this beach in Hawaii may have some of the best snorkeling on the planet. The snorkeling is right off the beach which makes it incredibly convenient to get to.

Where do I begin? How about a quick anecdote: a few days after our visit to Hanauma Bay, the President found himself there with his daughters and the entire site was shut down by the Secret Service so that they could enjoy the beach in full safety. If our visit had coincided with the President’s, we would have missed out on some of the best snorkeling in the world. I’m grateful that didn’t happen because the fish and coral at Hanauma Bay are amazing. 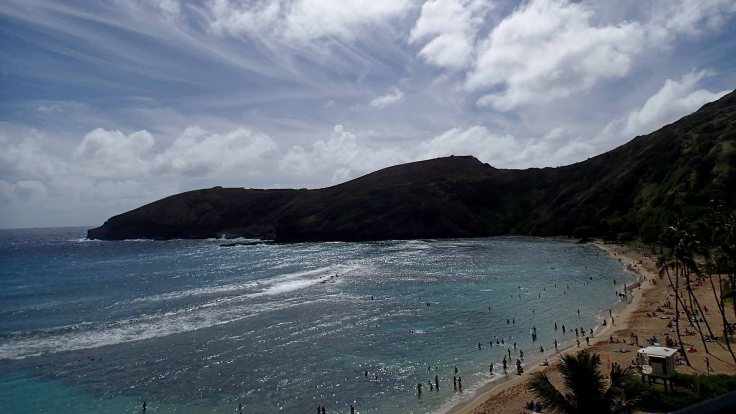 Hanauma Bay is a bit of a drive to get to; it’s situated on the eastern part of Oahu. If you don’t have a car, that’s not a problem because several bus tours will take you there. Unlike most great snorkeling spots, you don’t need to get on a boat to get to the reef: it starts right on the beach. That makes this excursion incredibly convenient and affordable. If you are an avid snorkeler like me, this is a place where you can easily spend a couple of hours in the water. So, plan for enough time if you also want to take some time to lay on the beach.

When you arrive, you first have to buy tickets to enter the beach area ($10 per person). Then, you have to go through an orientation where they explain the rules of the Bay, and show you a short film about the history of the underwater park. Most important thing to remember: do not touch or stand on the coral because it is very fragile and will likely die if you do either of these.

There are staffed lockers where you can place your valuables. So, don’t worry, your car keys should be safe. The beach does get busy so you may have a hard time finding a good spot to lay your towels.

One of the unique aspects of snorkeling at Hanauma Bay is that the reef starts in shallow water and comes very close to the surface. I was surprised at how close to shore the reef started, and how far from the shore the water stayed shallow. This was like nothing I had experienced before. The next surprise was the sheer volume of fish that I saw. There were so many different species of fish! And beautiful, unique fish at that. Unlike snorkeling in the Caribbean where it sometimes feels like I’m seeing the same fish over and over again, the variety of fish at Hanauma Bay is breathtaking. My favorite was the Humumunukunukuapuaa. Try to say that 5 times fast! The quantity and variety of fish there kept me in the water for a couple of hours. This was the best snorkeling I’ve ever done right off the beach. 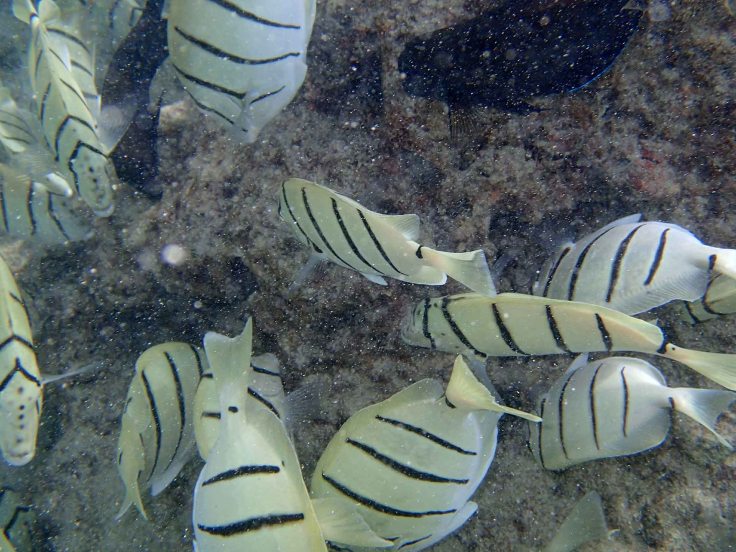 Once you are done, there is an eatery right on site. In summary, Hanauma Bay is an absolute must if you are on Oahu and enjoy snorkeling. 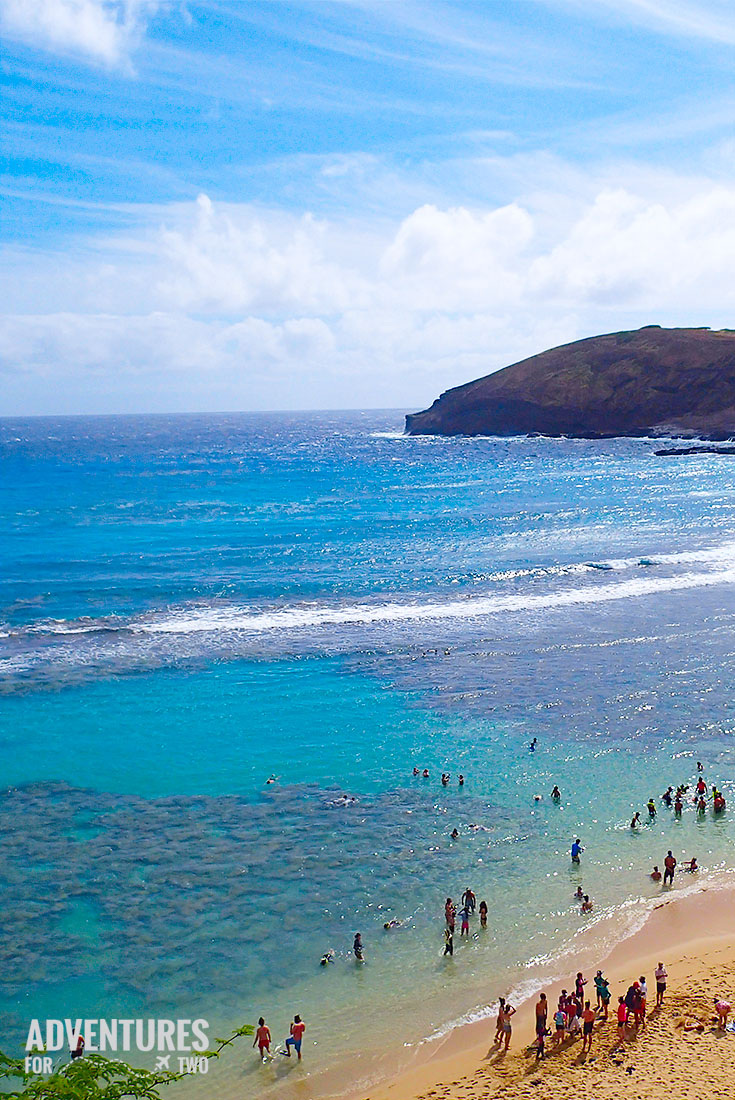 3 thoughts on “Hanauma Bay, Hawaii: Some Of The Best Snorkeling In The World”

Follow Adventures for two on WordPress.com
Join 194 other followers