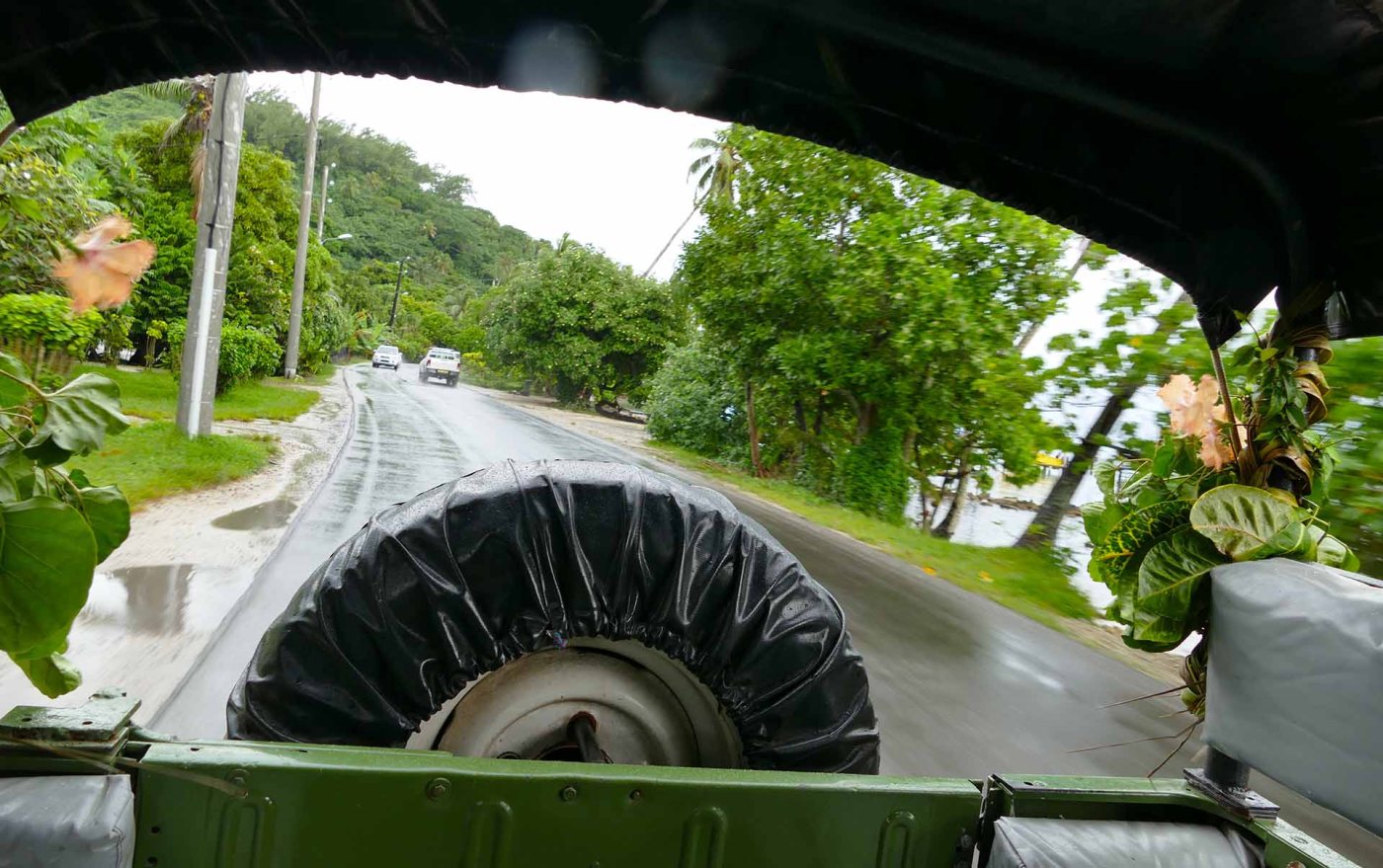 Because we knew we’d be spending lots of time in the water on Bora Bora, we decided to book a 4×4 excursion with Tupuna Mountain Safari so we would also have an opportunity to experience the island itself. Although we had a bit of rainy weather, the 4×4 ride was a fantastic adventure- and, come to think of it, maybe even a bit more exciting because of the sloshy mud!

As luck would have it, we were the only tourists scheduled for a tour that seats up to 8 people, so we had the Jeep and tour guide all to ourselves. After departing the Hilton Nui and taking a short speedboat ride to the main island, we were greeted by a friendly and knowledgeable tour guide named Moana, who has spent his life in French Polynesia.

The tour was bumpy to say the least; we spent several hours driving up the unpaved and messy roads around Mount Otemanu. We stopped to view some American cannons from World War II, which the soldiers left after spending several years in the Pacific. The vistas were spectacular from here—we could see several of the motus with resorts on them and spectacular turquoise water (it was so crystal clear, we could practically see the fish under the surface!).

Later in the tour, we visited a traditional plantation and tasted the farmers’ home grown and freshly picked grapefruit, mangoes, bananas, and coconut. It was so fun watching our tour guide Moana cut open the fresh coconut so we could enjoy the yummy insides. The fruit in Bora Bora is unforgettably delicious and we loved tasting it all!

We also had an opportunity to visit the calm and peaceful Matira Beach, and fed local flowers to some land crabs on the way. It was fascinating to watch them snatch the petals away from each other with their huge claws.

Overall, we would absolutely recommend a 4×4 tour with Tupuna, and don’t be scared off if the weather is rainy (it can make the tour even more exciting and adventurous!). 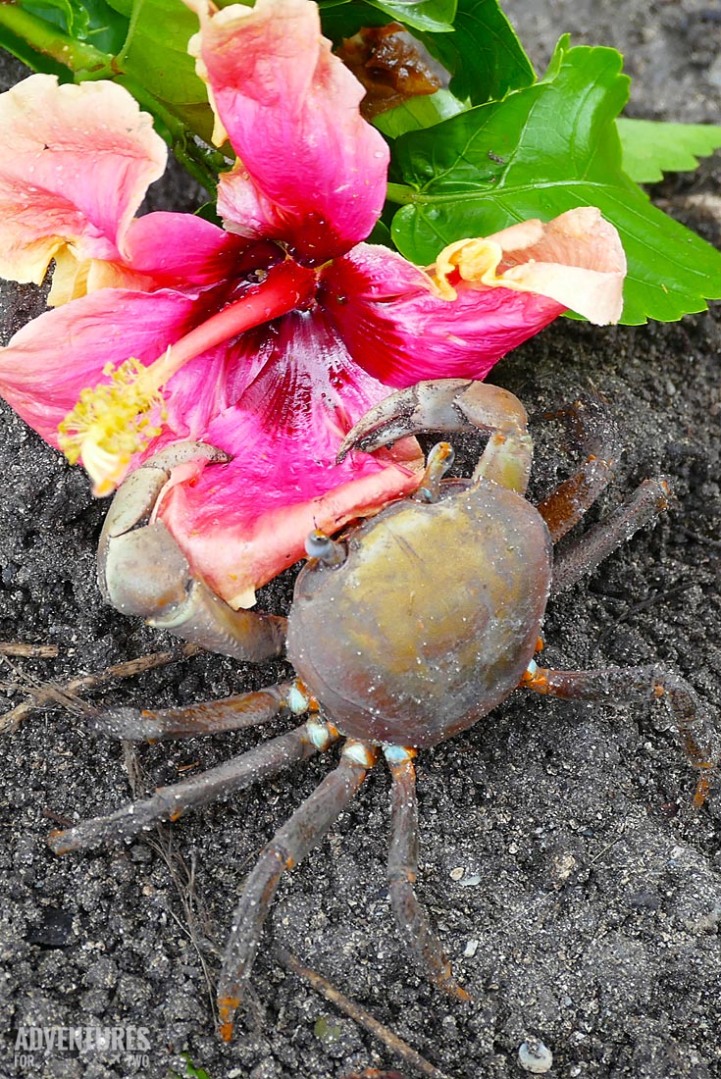