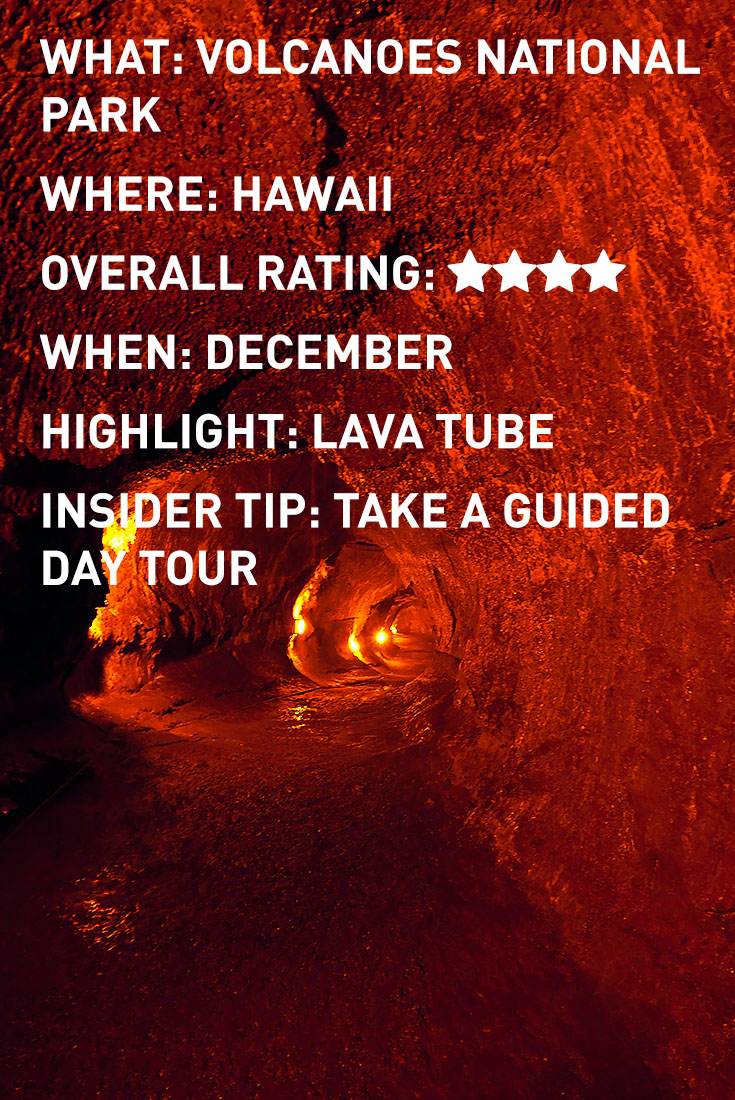 A short summary: a great day long tour of volcano related sites around the island.

Just to get this out of the way, no, there was not lava flowing during our tour. No, we did not get to see or poke any magma. We did however have a great day being driven in a luxury bus around Volcanoes National Park and seeing the sites. We picked the Twilight Volcano Adventure with Hawaii Forest & Trail. We were almost afraid it would get cancelled due to weather because that happened with two of our other excursions (Mauna Kea and a helicopter tour). Fortunately, the weather held up enough for us to have a great day. The day was quite eventful so I will try to limit how descriptive I get with each part of the tour and focus on photos and videos that should give you an idea of what you can expect to see.

The tour picked us up at the hotel in the morning which meant that for the first time on our Big Island trip, we didn’t need a rental car. Before the tour really began, we briefly stopped somewhere close to the hotel so the guide could pick up freshly packed lunches that we’d need later in the day. The drive to Volcanoes National Park definitely has unique scenery that mixes volcanic rock that’s been eroded to different degrees interspersed with different types of vegetation, including large areas of land that used to be home to livestock. Our first stop was near the base of Mauna Kea so we could get a view of the famed mountain that we were not going to climb. 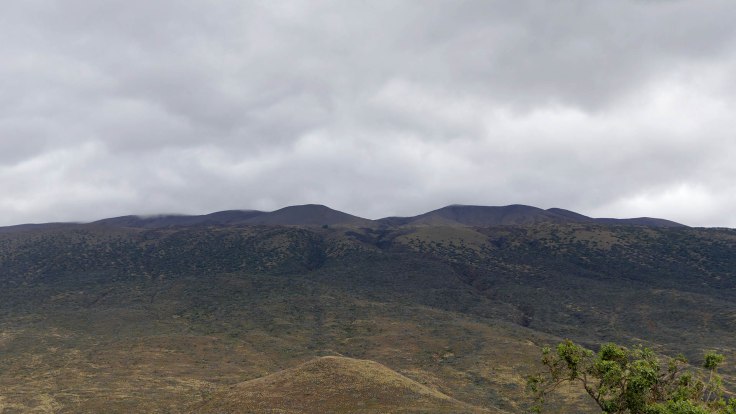 Next, we made a stop at the visitor center in the Volcanoes National Park to get a view of the summit caldera of Kilauea. This is the first of a few stops to see the caldera from different vantage points. There are plenty of vapors and fumes coming out of the ground.

The area also has a lot of rainforests. There are so many climate zones, it’s difficult to keep count. 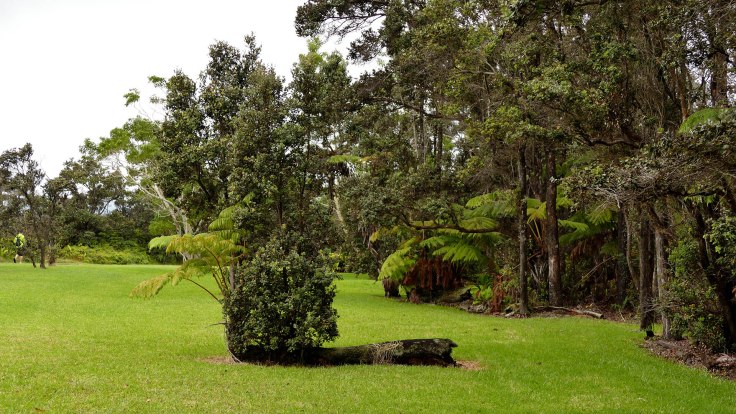 Some of the most interesting stops are to see Steam Vents, the Steaming Bluff, and the Sulfur Banks. 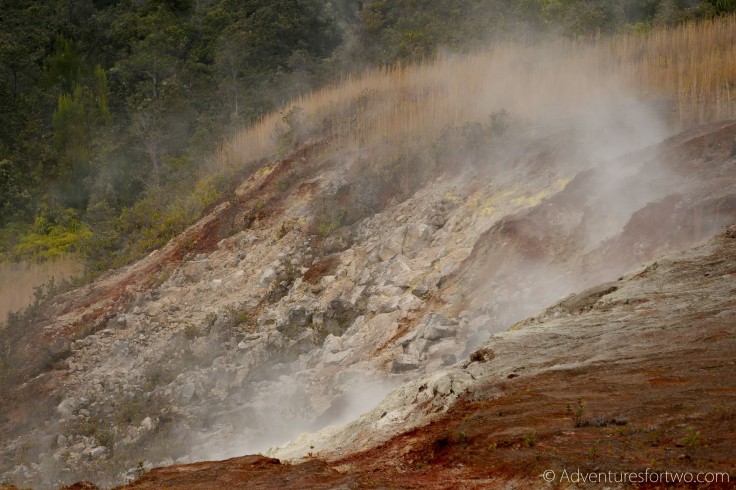 Another big stop was to see lava fields. You can see the remains of some trees that were engulfed in lava. 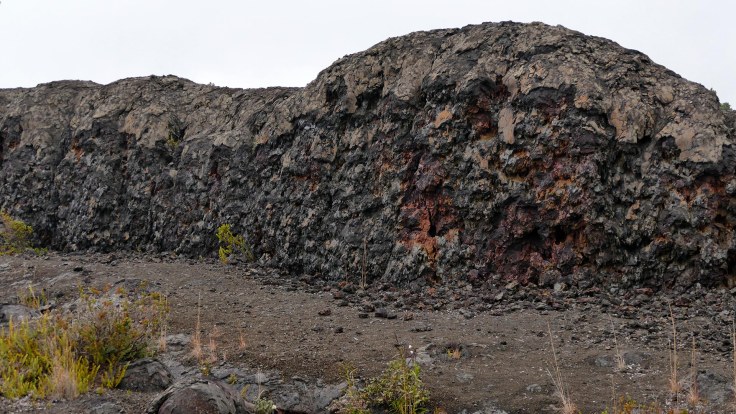 We also made a stop at the Thurston lava tube. It is quite big! 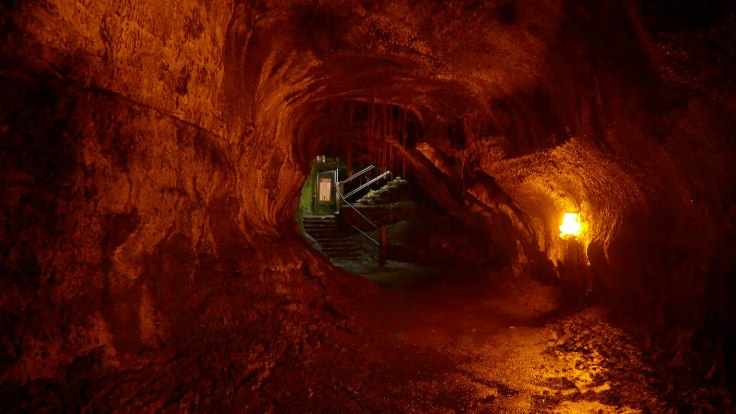 Finally, the site visit was a return to the beginning. Since there was no lava flow, we went to the visitor center to see Halemaumau Crater which contains a hidden lake of molten rock which glows after dark. There was a lot of fog that impeded the view, but once in a while we’d be able to catch a glimpse of red glow from the molten rock. 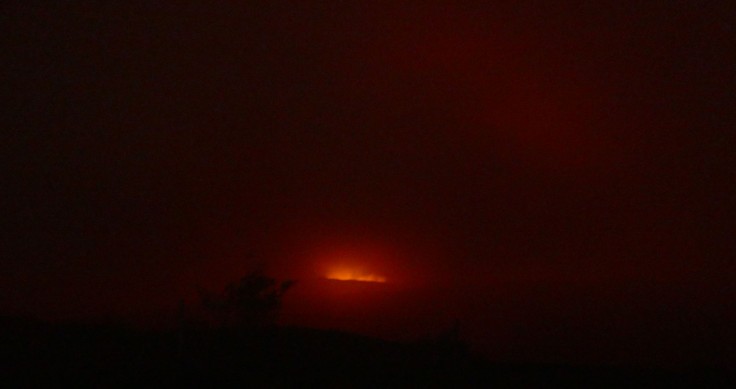 One thing I need to mention is the food. Somewhere between the last couple of stops, the tour guide found a nice spot with picnic tables and warmed up a great dinner for everyone. The food on the excursion was much better than we had expected. As a matter of fact, all the food on all the excursions on the Big Island much much better than what we’ve come to expect from our travels in the Caribbean. The excursion is quite long, but provides a lot of history and context that’s less subject to weather cancellation compared to other tours. 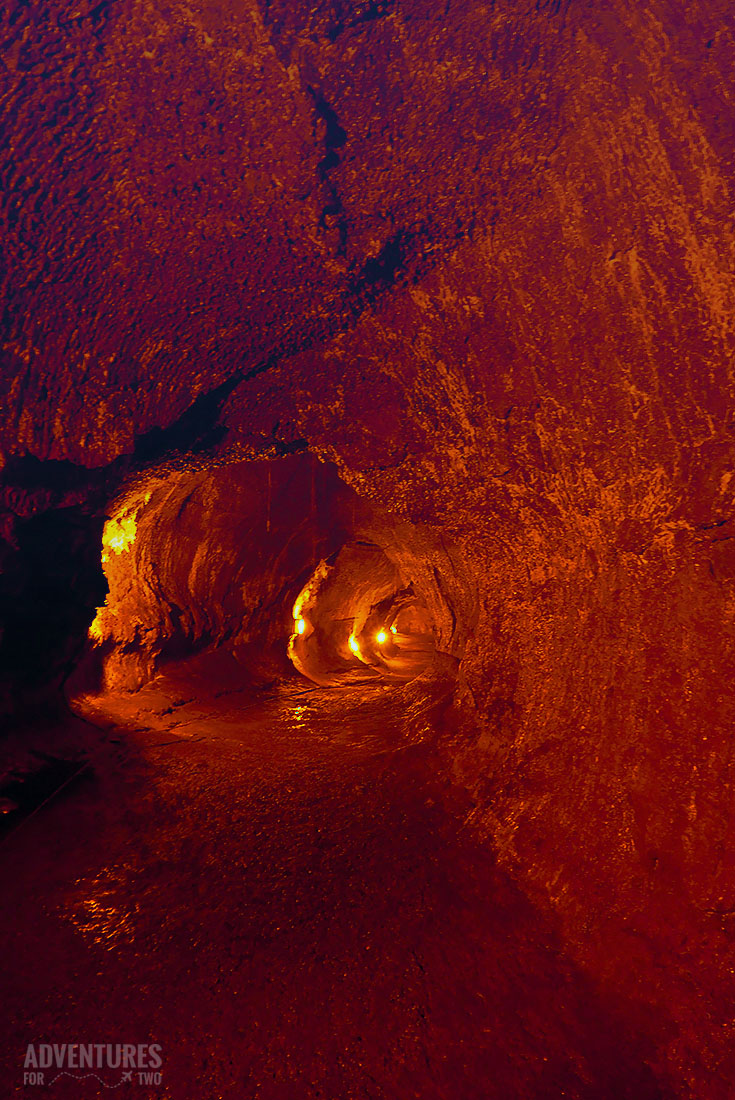 Follow Adventures for two on WordPress.com
Join 194 other subscribers