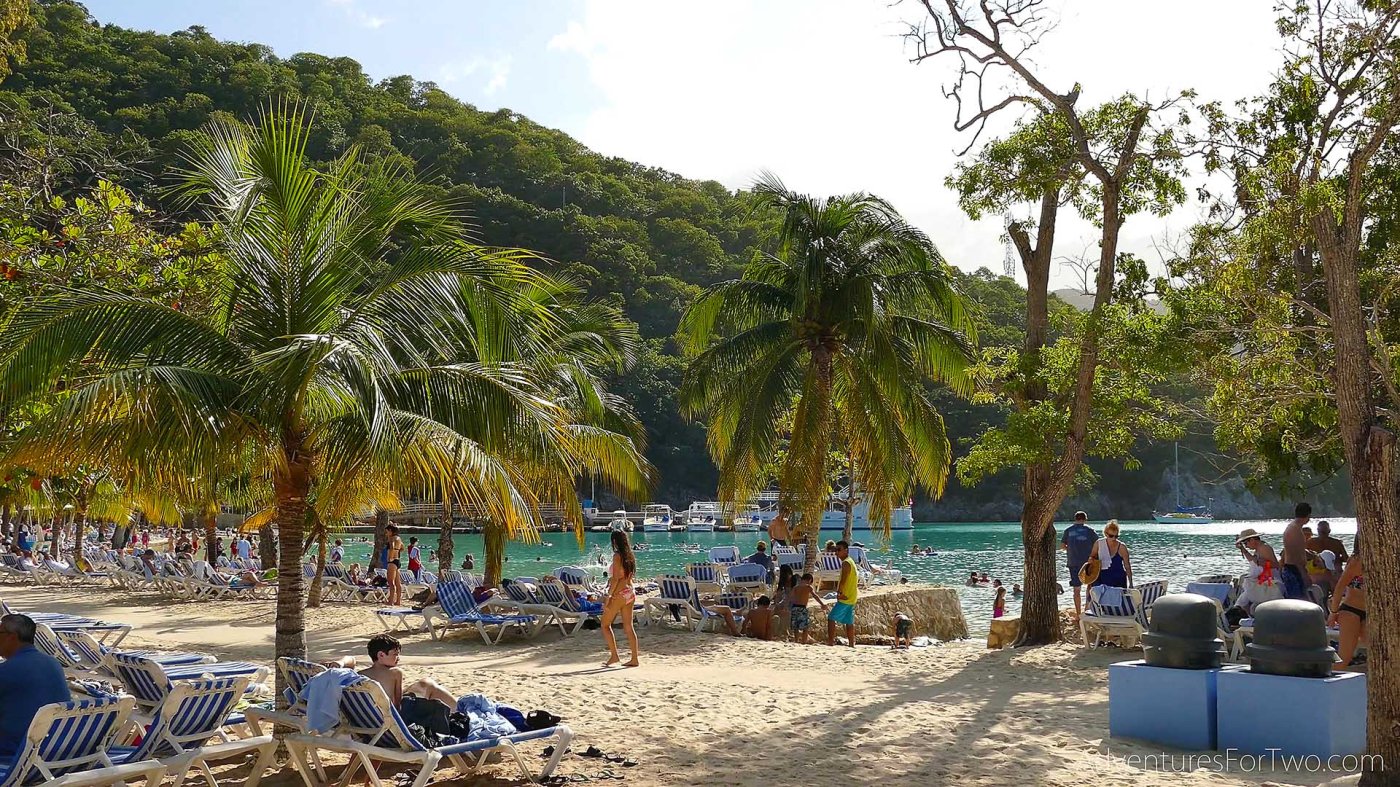 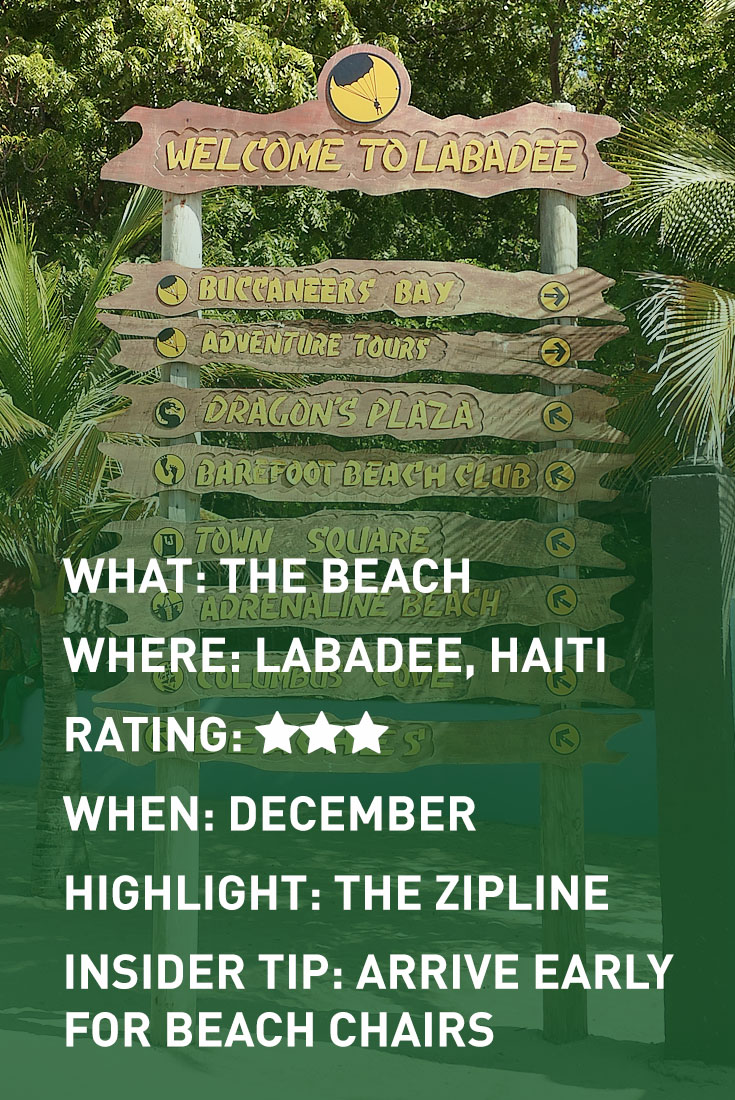 Labadee in Haiti: engineered for a great beach-going experience for tourists.

We stopped in Labadee (Haiti) as part of a cruise itinerary on Royal Caribbean (which also went to Ochos Rios in Jamaica and Cozumel in Mexico). We were in Labadee on the first shore day. We arrived early in the morning, and departed early evening, which gave us about a day in the port. It was plenty of time to enjoy the nice weather and beach.

The area around Labadee is very green and lush; it looks like miles and miles of jungle. When you disembark from the ship, there’s a large beach directly on the on the left of the main path. The beach starts near the ship and continues quite a ways down the shore. So, if you’re looking to grab a spot on the sand and everything already looks occupied, keep walking. The sand is nice, and there was a lot of sun when we were there.

If you’re looking to get in the water, you’ll want to get on the other side of the peninsula. If you walk a couple of minutes on the path, and then crossover of the right side, you’ll find another beach that has much less turbulence in its waters. It may also be easier to get space on the sand since most people seem to just head straight for the first beach when they disembark.

Both beach areas are quite nice; the whole peninsula has definitely been engineered to accommodate a lot of cruise passengers.  You can take a look at my walk around video below:

There are several activities in Labadee, but none of them truly piqued our interest enough to purchase. We considered snorkeling, but the waters around Haiti are not known for coral reefs. And we read that swimming in those waters disqualifies a person from donating blood–we figured we’d rather play it safe. There were also some excursions to semi-private beaches, but the main beach is so great we didn’t really see a need for that either. The one excursion that had us curious was the zip line: the Dragon’s Breath Flight Line. This is the longest over-water zip line in the world. You can see thrill-seekers zipping along in my video below:

Don’t be fooled by the video. The high zoom on my camera may obscure just how high and long the zip line is. Here are the numbers: the zip line is 2,600 feet long and 500 feet high. You end up reaching speeds of 40 to 50 miles per hour! We thought about doing this activity, but decided against it since we preferred spending the day relaxing in the sun rather than waiting in line for a very expensive couple of minutes.

In summary, this cruise port doesn’t really take you into Haiti. It does however gives you some time to relax on an isolated, sunny Caribbean beach.

5 thoughts on “Labadee, Haiti: The Perfect Place To Go Sunbathing”

Follow Adventures for two on WordPress.com
Join 194 other subscribers